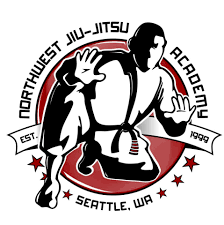 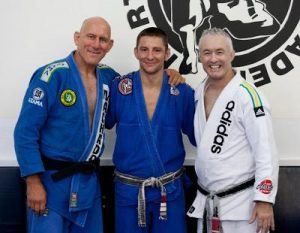 Alpha Martial Arts is proud to be an affiliate of the Northwest Jiu-Jitsu Academy, under Professor Brian Johnson – 3rd Degree Machado Black Belt. Professor Johnson began training BJJ in 1994 and has since won multiple world titles, including 3 world championships (including 2 IBJJF world no gi titles) between 2008 and 2017, a gold medal at the 2009 ADCC regional trials, and gold at the Can Ams in 2009. In addition to being a high-level competitor he is also an awesome, inspirational instructor.

At Alpha Martial Arts, you will learn Brazilian Jiu-Jitsu (BJJ) Grappling from a team of Professor Johnson’s Instructors. Learn BJJ in a FUN and SAFE class with people of all skill levels with a curriculum designed to take students from the clinch to take downs to positional groundwork, escapes, and submissions. NWJJA instructors teach all of the fundamental techniques, transitions, positions, submissions and strategies that are at the core of Brazilian Jiu-Jitsu.

*BJJ is currently offered at our Ravenna-Bryant location only.