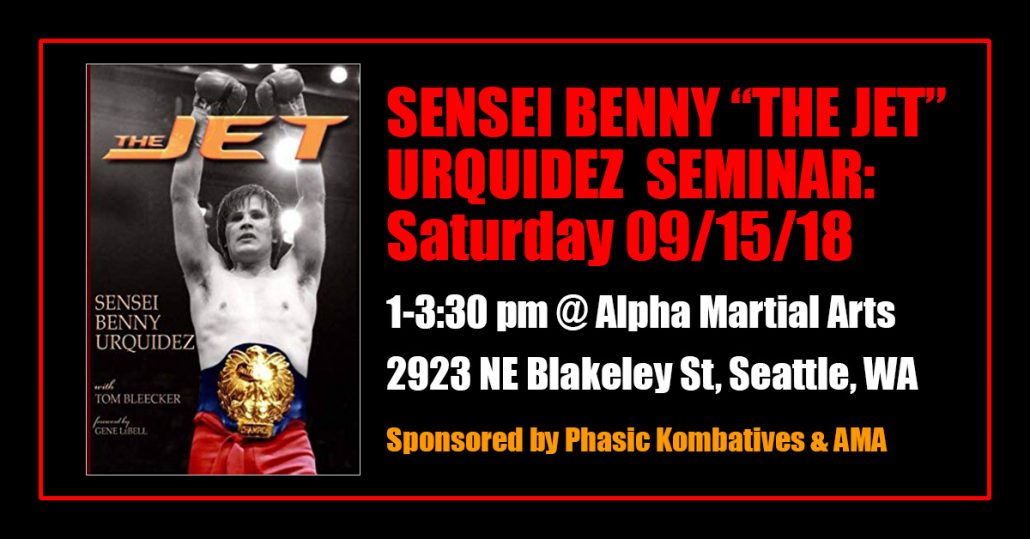 Benny Urquidez (born June 20, 1952) is an American Kickboxer, martial arts choreographer and actor. Nicknamed “The Jet”, Urquidez was a non-contact karate competitor who later pioneered full-contact fighting in the United States. He made the transition from point to full-contact karate in 1974 – the year of its inception in the U.S., frequently fighting in bouts where the rules were ambiguous and contrasts in styles were dramatic. Urquidez is also known for once holding the rare achievement of six world titles in five different weight divisions, and remained largely undefeated in his 27-year career.
During his years as a Kickboxer, Sensei Benny “The Jet” Urquidez traveled from country to country, challenging national champions to bout after bout, always with the same result: Winner. His only loss came in a Muay Thai match which was shrouded in controversy, as Urquidez had only agreed to a no-decision exhibition, a clause which was ignored when the fight had ended.
During his years as a martial artist, he became an international movie star, appearing on the screen with such luminaries as Jean-Claude Van Damme, John Cusack, and Jackie Chan. Indeed, the jaw-dropping fight scene between Sensei Benny and Jackie Chan in the movie Wheels on Meals is regarded to this day as being one of the best (if not THE best) martial arts movie fights in cinema history.
This will be a GREAT event! Don’t miss it!! Register and pre-pay early with Mr. Durgan.
Prior to 8/31 cost is $100. After 8/31 cost is $120. Electronic payments and questions can be sent to Mr. Durgan at tdkenpo13@gmail.com. Be sure to mention that payment is for the seminar.
Registration forms and PayPal link are also available at http://KenpoGuy.com
AMA Students may also register online at Mr. Urquidez Seminar Sign Up
or at the AMA Bryant front desk.
PLEASE NOTE:
Space is limited! Pre-Register for best pricing and to secure your spot.
Only a $100 investment before 8/31.
This event will be held at Alpha Martial Arts Ravenna-Bryant:
2923 NE Blakeley Street, Seattle, WA 98105
206-528-3737
This is a public event and martial artists of all styles are welcome (and encouraged) to attend.