Alpha Martial Arts is offering a ridiculous web special to kick off your martial arts training in Kenpo Karate, Brazilian Jiu-Jitsu, Muay Thai Kickboxing or Fitness Kickboxing! Receive 1 MONTH of group classes for only $97.00 with this special web offer at one of our 3 neighborhood locations: AMA Bryant, AMA Capitol Hill and AMA Ballard.

“You have a great gift as a teacher. You can break down a move so that anyone can do the same move or technique given time and plenty of practice. I like how you conduct the class so that we all encourage one another in class whether it is to show one another a self defense technique or a new form. Everyone feels they are there to learn and have fun but not out to hurt or “know it all” attitude. I like the teachers you have selected to teach your classes. They reflect the same attitude and style as you. Every time I go to class it is like going to an exclusive club to hang out with my friends. And I have made lots of friends in your school. Thanks again.” –Richard A.- 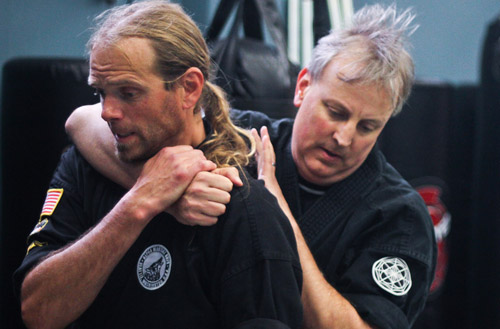 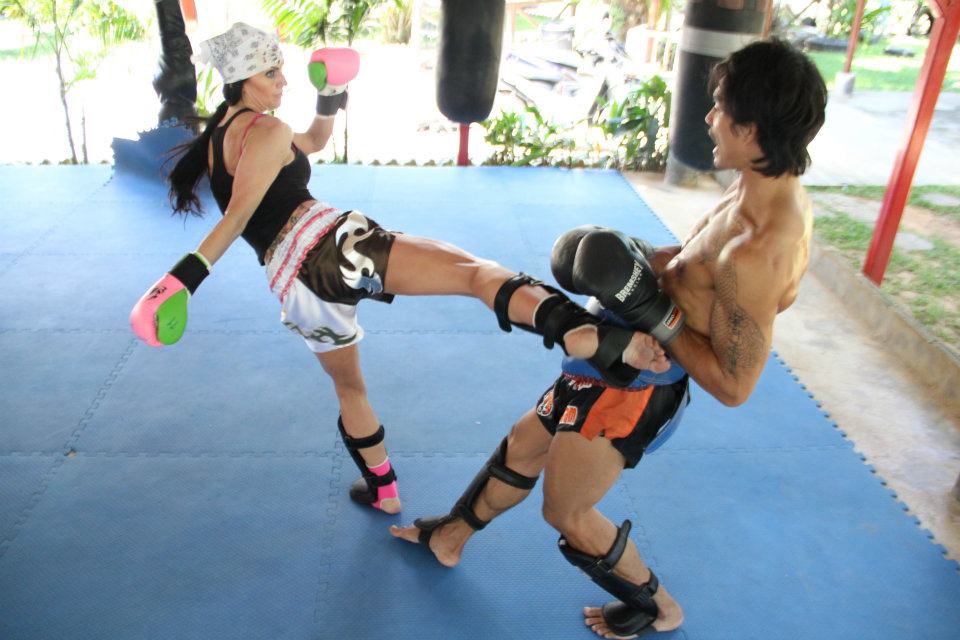 “I am not athletic and I haven’t worked out in years. However, the environment here is super supportive and yet they push you. It was great, I always left sweaty, happy and accomplished. I highly recommend it for those who want to get in shape and learn Muay Thai/Kickboxing.” -Vanessa J.-

Do you want to get in the best shape of your life? Kickboxers are known as some of the best conditioned athletes in the world. Imagine how great you will feel when you lose all the weight you want, tone your muscle mass and have fun while doing it. Most gym programs fail but Kickboxing works because it is so much fun. It’s the toughest work out you’ll ever love.

Tired of running on the treadmill? Tired of the same old routine? Kickboxing is a blast! You’ll get the fitness results that you’ve always wanted, surrounded by positive people in a healthy atmosphere. Our instructors are friendly and dedicated to helping you achieve your goals.

Kickboxing generates mental focus and self-confidence that will enhance all areas of your life. Feel the inner strength, see the external results. Train with a fierce heart and spirit that only real Kickboxing can invoke. You will develop a “Never Quit” Fighting spirit!

“I was pleasantly surprised about how great of a work out I got, while having fun. I left feeling refreshed and “kick-ass” but also exhausted. This place is clean, the instructors are friendly and helpful (they actually walk around the whole room and corrects/encourages everyone), and the kickboxing moves are not that difficult for me being that I don’t normally kick and punch things.” -Sonia Y.-

Alpha BJJ Seattle is an affiliate of the Northwest Jiu-Jitsu Academy under Professor Brian Johnson. We offer morning and evening classes for men & women.

What is Brazilian Jiu Jitsu?

Brazilian Jiu Jitsu (BJJ) is a martial art that focuses primarily on ground fighting or grappling. The art was based on Kodokan Judo ground fighting techniques (newaza). The art was brought to Brazil in the early 19th century when Mitsuyo Maeda immigrated from Japan. Madea, a Judo expert, taught the art to Carlos Gracie as well as others. Carlos with the help of his brother Helio began to experiment and adapt the art into what we now know as Brazilian Jiu Jitsu. BJJ promotes the concept that a smaller, weaker person can successfully defend against a bigger, stronger, heavier assailant by using proper technique and leverage while grappling with an opponent on the ground. Once the proper position is achieved a Jiu Jitsu practitioner then applies joint-locks and chokeholds to defeat their opponent. 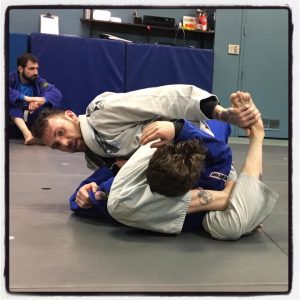 The Northwest Jiu-Jitsu Academy is led by Professor Brian Johnson who, holds the rank of 3rd-degree black belt, awarded to him by the legendary Rigan Machado. Brian earned his black belt while training under two of the first non-Brazilians to attain the rank of Black Belt, David Meyer, and John Will. Brian is a skilled and dedicated practitioner who actively competes. He has won some of the most esteemed tournaments in the country over the last 10 years. He has been endorsed by the Machado Brothers and has adopted their philosophies in training and teaching.

Alpha Martial Arts is proud to be an affliate school under Professor Brian Johnson. Classes are led by NWJJA Brown Belts, Coach Webb and Coach Kelland. We are dedicated to providing the highest quality Brazilian Jiu Jitsu lessons in a safe and family friendly environment.

Adults! We have been helping parents and professionals achieve their martial arts and fitness goals since 2001. If you would like to learn effective self-defense, get healthier and make some good friends in the process, then we are the place for you. “You don’t have to be in shape to get started, but you have to start to get in shape!”